It doesn’t matter how great your strategy is if you can’t execute on it well. The most common areas that contribute to failed execution are tied to the misalignment between people + process. Whether you are operationalizing the company strategy, executing on key initiatives, or launching a critical project, process + people must be aligned for seamless execution.

3 Areas to Gain Clarity Before You Launch into Execution Mode

For some organizations, project management is a formal function but for many it’s quite informal. A traditional waterfall approach may be relevant, or an agile mindset might be better suited for your culture. Regardless of which is true for your company, there are three important areas you will want to have clarity on before you begin to execute.

1. Does Your Sponsor Possess the Triple-Threat?

Originally a football term, a “triple-threat” is someone who has the three most critical skills necessary to excel in a particular role. As a sponsor, it’s someone who has the decision-making authority (read budget authority), cross-departmental influence, and ability to provide any ‘air-coverage’ the team might need to keep the noise at bay.

Often projects are started by someone who really doesn’t own the call on these three key areas. Unreasonable expectations are locked at the onset, presenting problems when challenges arise.

To avoid this sort of negative outcome, get curious at inception. Ask direct questions around ownership of these three areas. Present scenarios that challenge some what-ifs as part of mitigating the risk ahead. If sponsorship really is spread among multiple people, then hold a meeting to bring all of those perspectives together to get a clear understanding of the boundaries before launching.

Have you experienced being part of a project or initiative that you were told was certain to be implemented only to learn several months in “out of nowhere” VP X from Fringe Department just quashed it? It’s a guaranteed way to plummet employee morale and engagement.

Not to mention when delivering the bad news to external partners that were contributing solutions. I’m sure some of you reading this might resonate with “but you said it was all but a done deal.” Not a fun conversation.

Fringe stakeholders are often those who don’t need to be actively involved in the day-to-day inner workings of a project, but if left excluded, can become your biggest nightmare. The best way to approach identifying your stakeholders is by creating three tiers based on impact the project will have on their function, information the team needs from each stakeholder in order to complete the work, and those who, in general, are highly influential yet don’t have an obvious tie. Then within each tier, rank each in order of importance to the project. In order to complete these steps, there will need to be conversations with the prospective stakeholders. Trying to create a stakeholder plan without actually speaking with the stakeholders is a recipe for disaster.

3. Formulate a Solid Communication Plan and Stick to It!

A lack of formal process is often at the heart of any failed plan. Even if the project is more informal in nature, a written communication plan is necessary even among well-meaning colleagues and friends. It provides accountability and keeps everyone current.

It’s also a key tool to avoid mishaps with fringe stakeholders. A communication plan should be tailored by the stakeholder and team member. For example, a stakeholder who isn’t as critical to the core of the project but has been identified as highly influential may be included in a bi-weekly general update vs. someone who is directly impacted by the project and needs detailed weekly updates.

Additionally, the form of communication should be outlined for each stakeholder. For example, the team may choose to communicate within a real-time messaging platform, but all other stakeholder communication may need to be sent via email. Or certain stakeholders may need a phone call or face-to-face meeting because email alone will get lost.

The biggest takeaway is this. Making assumptions in any of these areas will deliver guaranteed missteps, stress and undue frustration. Take the time to get curious, plan ahead, and create some formality around these three areas to help you execute seamlessly on the key initiatives and projects ahead. 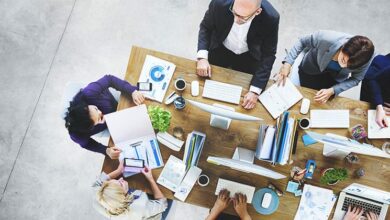